The future generations of LaPorte County might not be sure how to pronounce Ruth Pollingue’s last name, but they will know of her generosity and foresight. The Ruth Pollingue Community Fund will be supporting their needs, reminding her community that “Ruth was here.”

Ruth and her husband Dan (their last name pronounced “pol-ang” to rhyme with “meringue”) lived a relatively short 12 years in LaPorte, after 30 married years in Oak Park, Illinois. But Ruth found much to do and much to enjoy here. And much of what she did was the bond that would eventually tie her name to Unity.

Ruth was no wallflower. She liked to join groups and get to know people. Among many activities, she volunteered for the LaPorte Hospital Auxiliary, she delivered Meals On Wheels, and her sorority alumnae group sponsored Stepping Stone Shelter for Women-all three also supported by Unity.

Believing in the power of philanthropy as much as community involvement (her father was one of the organizers of the philanthropic Community Chest in Oak Park), Ruth eventually connected with Unity to make a “forever gift.”

Collaborating with Unity supercharged her giving capabilities. It was three’s a charm:

First, she found a perfect match for her goals by creating a community fund, because it is unrestricted–funds go where the Unity Grant Committee deems best. “It covers so many areas in need,” Ruth said.

Second, she chose a gifting vehicle that fit her needs exactly a Charitable Remainder Unitrust, with its flexible combination “now and later” benefits. The unitrust will provide Ruth and beneficiary with an income throughout their lifetimes. When the trust ends, the remaining assets will be transferred to Unity. Ruth didn’t even have to leave the community to make the financial arrangements-Horizon Bank took care of every detail.

Third, Ruth started her fund during a matching period, thus doubling her investment. The matching funds (received from the Lilly Endowment Inc.) will enable during Ruth’s lifetime.

Ruth now resides in Richmond, Virginia, but her gift shows she hasn’t forgotten her community. Nor will the community forget her. 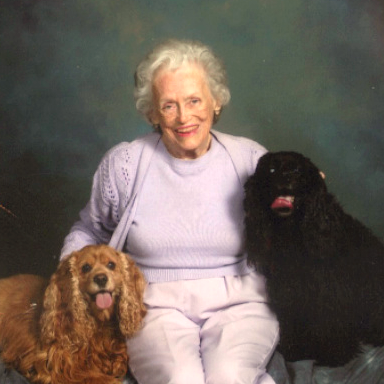